We spoke to Thomas Hartigan, who has worked on so many major productions such as Fair City, Dublin Old School, Greta, Finne, The Castle, Royally Ever After, The Rhythm Section, Crimecall, Sweetness in the Belly, The Last Right, Four Kids and It, Cold Courage, Dead Still, The Professionals, Normal People, Finding Joy, This Nan’s Life and Titans – what a list! 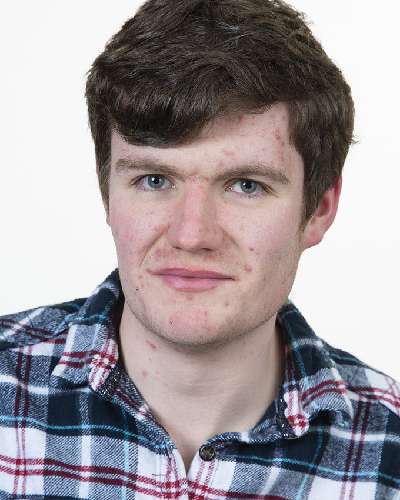 Q1 Why did you get involved with MovieExtras.ie?

I joined in the first place to further my interest and working opportunities within the entertainment industry. Since I joined, I’ve been studying TV and film production in college for the last 3 years. I’ve also done work experience on the TV sitcom Mrs. Brown’s Boys

Q2 Tell us about your first day on set with MovieExtras.ie…

My first day on set was on a movie called Metal Heart. It was only a short day but it was a lot of fun!

Q3 Through MovieExtras.ie, what productions / adverts / videos have you been a part of?

I’ve worked on countless productions such as Fair City, Dublin Old School, Greta, Finne, The Castle, Royally Ever After, The Rhythm Section, Crimecall, Sweetness in the Belly, The Last Right, Four Kids and It, Cold Courage, Dead Still, , The Professionals, Normal People, Finding Joy, This Nan’s Life and Titans.

Q4 And which production did you enjoy the most?

Q5 What made this production stand out for you?

Normal People has been the most days that I’ve worked on a production so far. While doing it, I became friends with some of the AD’s that were on set. I also worked with the same extras for the whole time that I worked on the show so I made a lot of new friends on it.

Q6 What celebrities have you met on set? Tell us a bit more about the interaction that you had?

On set, I’ve seen Chloe Grace Moretz, Blake Lively and Brendan Fraser; but the one celebrity that I’ve actually interacted with was Kunall Nayarr, who played the character of Rajj in the sitcom The Big Bang Theory, which was really cool! Something I thought would never happen.

To be honest, every on set experience has been unique in one way or another! Mainly because you do something different every time!

Q8 Have you had any featured or talking roles? Tell us a bit more about the more interesting roles that you have had..

Yeah I have. I’ve had featured roles in Dublin Old School, Finne, Crimecall, Normal People and Finding Joy. So far, I’ve had one speaking role, which was in a new documentary series for the history channel called Titans, which I just recently filmed. All of these experiences were great and definitely a learning experience every single time!

Q9 What has the food been like on set?Was there anything really interesting served?

The food has been actually great on set! You get free breakfast and lunch and the odd time an extra meal! Basically, all the food is free! The only time when you have to pay for food is when you do Fair City but actually, the food in the RTE canteen is actually really nice so you can’t really complain!

Q10 Have you made any friends from being on set? And any romances?

Yeah I’ve made so many friends on set over the last 3 years and when you meet the same people on set a lot of time, you actually become a family, which is really such a great thing! Unfortunately no romances…..yet!

Q11 Do you have any other interesting stories or is anything else you would like to add?

I have aspergers syndrome and since joining movie extras, it has both raised my confidence levels and improved my social skills in ways I ever would have thought whereas before I was a lot more quiet and shy than I am now. It’s also made me more empowered, motivated and ambitious in pursuing a career in the entertainment industry. I’ve always been a people person and being involved with movie extras has made that even more so, as I’ve made so many new friends over the last 3 years and always try to give off as much positive energy and attitude as I possibly can with everyone I come into contact with!

Growing up, I was a huge fan of the TV show Barney and Friends and very recently, I got a video from the actor who was the original voice of Barney. Barney was one of my influences to want to work in the entertainment industry. I was obsessed with the show and the show seems to have an effect on kids with autism. This recent contact with Barney has brought back a lot of positive childhood memories and has also made me much more inspired, empowered and inspired to pursue a career in show business!

Q12 What advice or tips would you give someone thinking of becoming an Extra?

I would definitely recommend joining movie extras for anyone who is thinking of pursuing a career in the entertainment industry! It’s a great starting point as you get first hand real life of what the on-set experience is actually and how everything works. Joining Movie Extras was the best decision I’ve ever made and it’s something I’ll never regret!